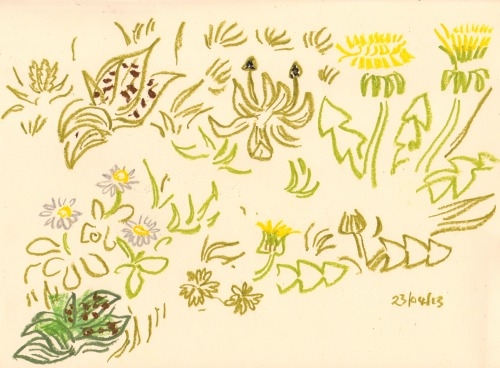 
We’ve got a plot of grass on our allotment that is about the same footprint as my studio, c. 4 x 4 metres. It’s been there for a long time as a kind of empty lawn space, mowed by our allotment neighbour before I came to Bristol and in recent years by me. Last year I saw the basal leaves of a couple of common-spotted orchids and that got me thinking that we shouldn’t be mowing it and that it could be cultivated as a mini meadow.

grasses – I figured out most of the grass species on the plot. The tallest one was false oat grass that had purple-brown flowers quite early on. A rye grass of some kind. Small amounts of cocksfoot. Later on came red fescue.
Annoyingly lost my list, I think there were 2 others… 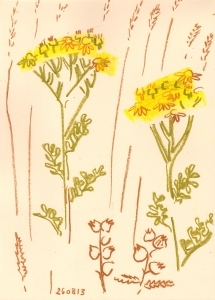