All artwork on hold for a month whilst I attended to pressing domestic matters…. lovely spring conditions but no time for sketching.
Last year there were just 2 common spotted orchids (second year that I’ve watched them come up in the same place)  on the ‘mini meadow’… this year I’ve been waiting for their emergence like an anxious father and hoping there might be more. Seeing the first of them last week and then nothing… today I finally saw the second one back in the same place and then realised there was another one immediately alongside. So at least there are three…
I went shaking the dried flowerheads around last autumn to make sure none of their miniscule seeds were wasted. They apparently need to find a particular fungus to germinate.
The yellow rattle has taking hold full strength, thousands of tiny seedlings. They have thickly colonised an area of dense clover. So I’m hoping that they’ll do their stuff and gradually help to allow other species to come on. 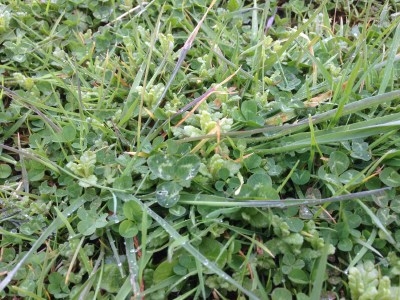 The other highlight of the day was a Red kite flying over about 11 o’clock going east.. Third one I’ve seen from the allotment and they’ve all been drifting towards Bath at about the same height. The herring gulls make a particular call when raptors go over…usually its a buzzard but they’ve now alerted me to the kites and last years single osprey on april 6th.

Meanwhile in the pond there are thousands of tadpoles all congregated in the shallow end… I’ve glimpsed newts but they are staying well concealed under leaf litter.