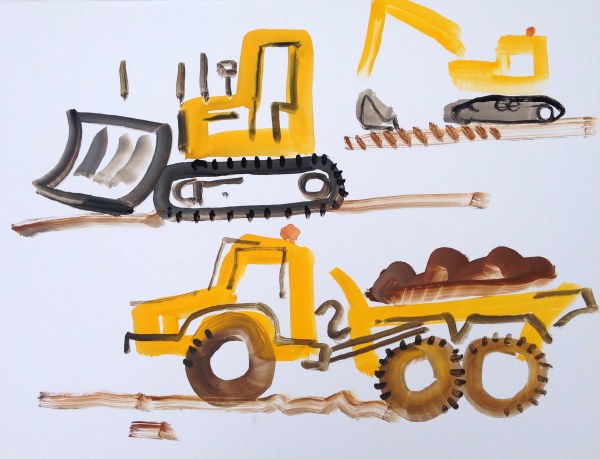 Not long back from Wallasea Island RSPB/SWLA project. Earth dug out from under London has been shipped to the Essex coast not far from Southend. It is being used to raise the level of the ‘island’ A huge area raised by between 3 and 5 metres. Sculpted to create lagoons, pans, ditches etc this should provide a home for lots of natural history as well as alleviating flood risk.
The major earth moving has already been done. It would have been interesting to watch the earth being taken off the barges via massive cranes and a sophisticated conveyer belt system but that stage was over.  We did watch massive earth moving vehicles roving around, mainly digging ditches where I watched and then taking that earth up to the raised area and levelled by bulldozers. Took quite a bit of time to get the head around the nature of the various machines and what their tasks were. 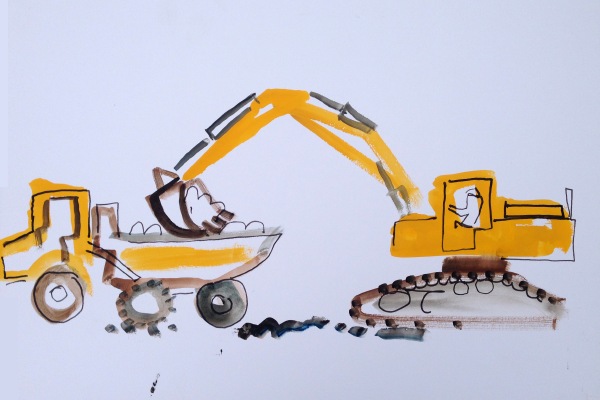 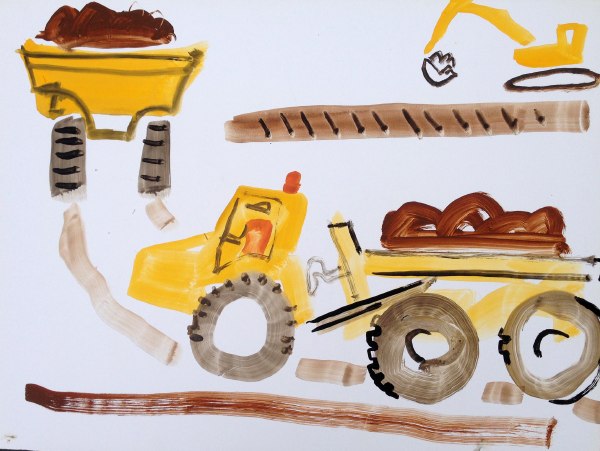 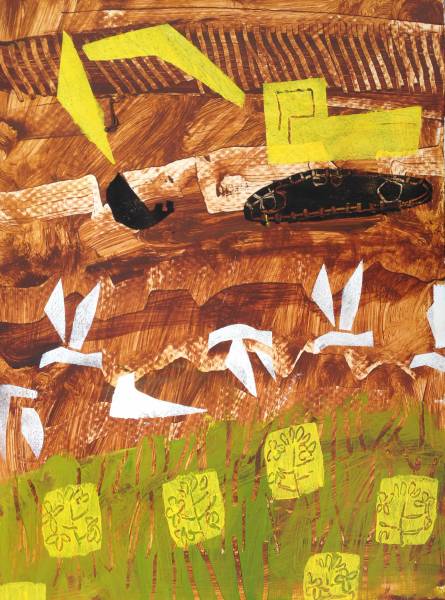 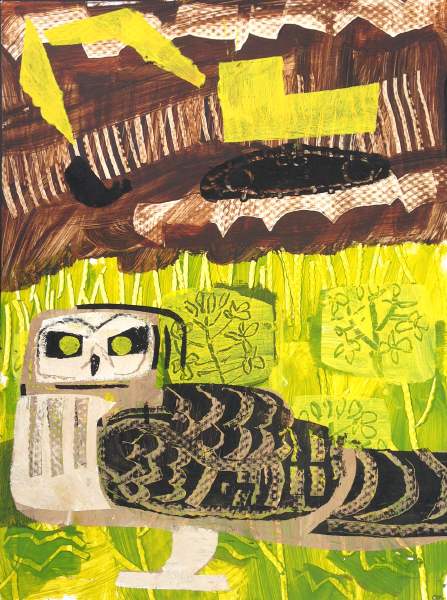 The real nature highlight though was a succession of great viewings of short-eared owls. At least 2 birds still around.  We also watched a very tawny barn owl one evening. 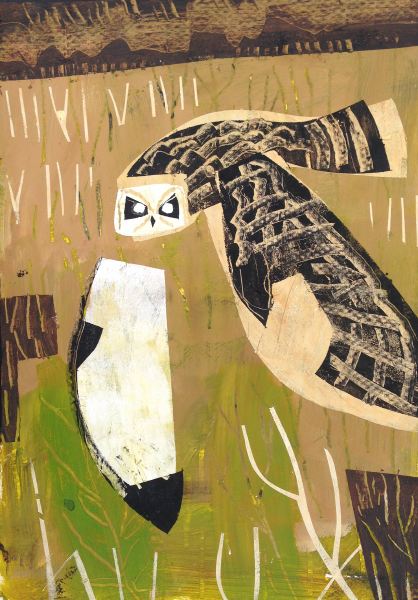 Artistically I knew I wanted to spend time trying to understand how to distill the machinery so that I might be able to draw it alongside the nature with some kind of fluency… that accounted for the first day (2 & 1/2 days was our allotted time).
Then deciding to try out a stencil and foam roller approach to making imagery… not easy with a brisk easterly snatching at the stencils…. not sure about the results but the process of cutting blocks outside was interesting and quickly broke up the picture space in ways I wouldn’t have achieved with regular painting. 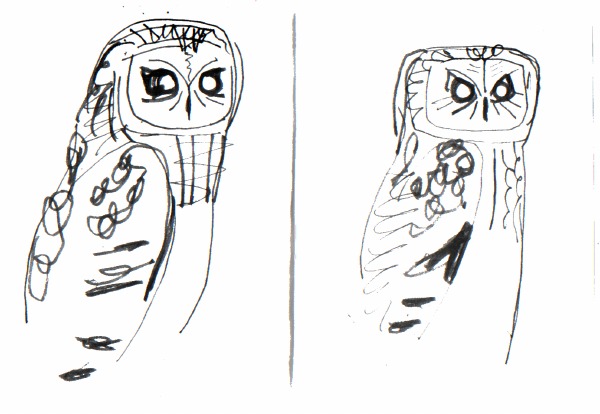 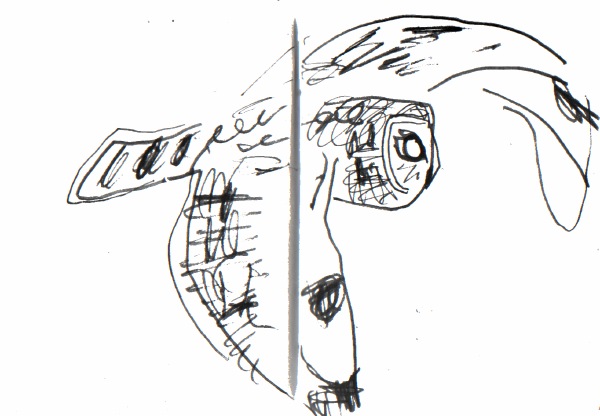