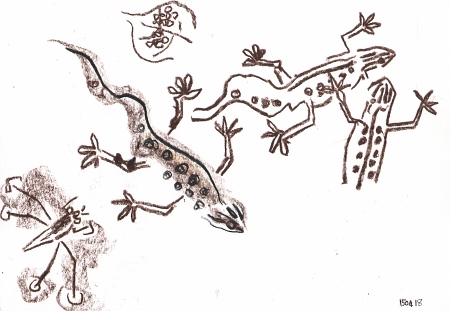 After the big freeze I thought the pond might be a desert. There has  been carnage amongst the amphibians.
The pond was iced up for days and i could see frogs still coupled up under the ice but I figured they knew what they were up to.
I broke the ice a couple of times early on (which apparently you shouldn’t do… causes detrimental vibrations or some such..) come the thaw at least… 20 dead frogs…. 5 dead newts…
Worse was to come when new male frogs came in and starting coupling up with the dead females…. I had to prise them off to get rid of the bodies…
Web searches weren’t that helpful explaining how to help in future…. but apparently it isn’t the cold that kills them but the build up of noxious gases under the ice… and the answer is to make some kind of air pocket using a float with a concavity on its underside. 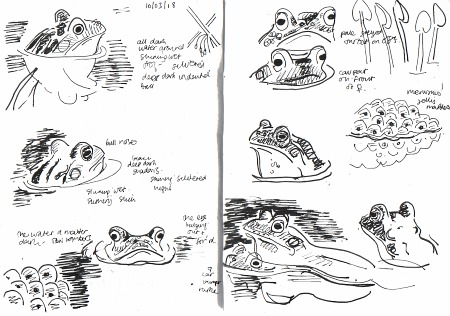 Better news since then…  a new batch of frogs came in and now there are 1000’s of tadpoles.
There were at least 10 newts moving around in little convoys, much whipping and fluttering of tales. I still find them very exotic for a garden pond. Several pond skaters skimming over proceedings. 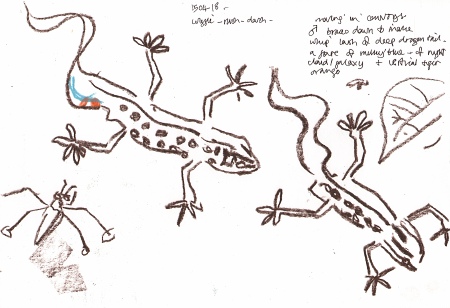